Home ascension Six Ways to Put Everything in Perfect Order

Six Ways to Put Everything in Perfect Order 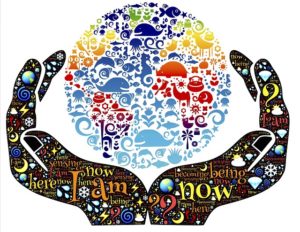 Life goes on after the surprising presidential election results. The original major shock is subsiding now but there is still a lot of fear about (and for) the future of our country under a Trump presidency.

However, from an ascension point of view, Trump was the perfect winner – a supreme agent of change. And change is what was needed in the political arena. Major change in the institutions/industries of politics, finances, health and education have been needed to allow ascension to progress fully. These old (and very stuck) institutions all need to be broken down and rebuilt in a new mold at a higher vibration.

Now will Trump be a good president? Unknown. But the most important change he is creating is not so much in the office of the president itself, but how the Democratic and Republican committees view their constituency, and how the people of the United States get more involved in demanding control over their own lives by speaking up and taking action.

The next four years may not be happy ones for the majority of the population, but changes will certainly happen.

So what is the best way to survive? Here are six things to think about and, perhaps, put into action.

Fear can be a driving force for positive change and change in the political arena is badly needed. A Trump presidency may feel like a waxing job: painful but quickly over with (we hope).

As always, remember life is a play. We are simply actors in stories that keep repeating over many lifetimes so we can experience the point of view of each character. According to my dowsing, a Trump ‘presidency play’ includes major lessons about power, embarrassment and being a victim. If you are connecting to this matrix, what role or lesson do you identify with? What energies come up for you while watching the play?

This site uses Akismet to reduce spam. Learn how your comment data is processed.